New Zealand researchers have for the first time found traces of Plastic particles found in fresh snowfall in Antarctica, proving that uninterrupted consumption of plastic has now permeated all ecosystems on Earth.

Scientists are concerned that microplastics in Antarctic ice could accelerate the melting of ice and snow, ultimately threatening Antarctica’s peculiar ecosystems.

The microplastics found in Antarctic ice are extremely tiny – smaller than a grain of rice.

Previously, microplastics were found in Antarctic sea ice and surface waters, but this is the first time that tiny plastics have been found in fresh ice.

This study was conducted by Alex Aves, a PhD student at the University of Canterbury and supervised by Dr Laura Revell.

It has now been published in the scientific journal The Cryosphere.

For the purpose of the study, Aves collected ice samples from the Ross Ice Shelf in 2019.

They found that microplastics from the atmosphere had now infiltrated the ice.

All 19 samples on this ice shelf contained plastic particles.

According to The Guardian, this is higher than the concentrations reported from the Ross Sea and surrounding areas.

13 different types of plastics were found – with PET being the most common.

Yes, the same thing used to make your sugary cola drink and clothes. It is possible that these microplastics may have been traveling by air or brought in by human tourists.

Microplastics are now found almost everywhere – from the summit of Mount Everest to our lungs.

In some form or the other, we are consuming as much plastic as we are doing in the environment.

These microplastics can damage human cells.

Dog danced hoping to be adopted – and it worked! 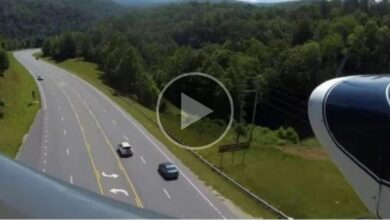