Samantha Ruth Prabhu, the beautiful actress who won the hearts of people with her bold dance in ‘U Antva’ in South Superstar Allu Arjun’s film ‘Pushpa’ and made her own identity in her South Industry.

The fan following is not only in South but also in Hindi cinema. Meanwhile, a big good news is coming out for his fans.

Your favourite actress is going to give her Bollywood debut soon and the special thing is that she is all set to scare the audience with her very first film.

Not only this, the actress is about to give her first debut with actor and singer Ayushmann Khurrana.

The film will be directed by ‘Stree’ fame Amar Kaushik.

At present, not much information has been revealed about the film, but if reports are to be believed, Samantha’s double role will be seen in this film, one of which will be a princess and the other will be Bhutni.

It is also being told that the story of the film is based on a folk tale from Rajasthan.

However, the name of the film has not been revealed yet.

It is being told that Samantha is also very excited about this film, because she has always believed in experimenting in her characters.

Samantha once said during her interview that ‘she likes to do different types of roles’.

Earlier, the actress has worked with her ex-father-in-law Nagarjuna in a horror film ‘Raju Gari Gadhi 2’.

Let us tell you that the paperwork of this film of Samantha has been completed and the shooting dates have also been finalised.

It is being told that the shooting of the film will start at the end of this year.

The film is being planned to be released in the second half of the year 2023.

Apart from this, it is being told that along with this film, Samantha has signed another Hindi film, which is going to be a mythological epic film, which will be launched next year in 2023.

Akshay Kumar can be seen with Samantha in this film, which will be produced by Karan Johar.

At the same time, before this, Samantha was last seen in the web series Family Man, in which her character was also well-liked. 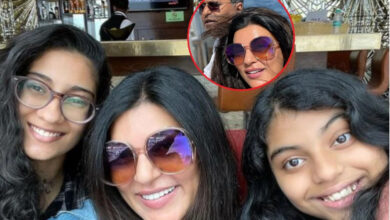 ‘I’m happy! Not married yet’, Sushmita Sen replied on her relationship with Lalit Modi 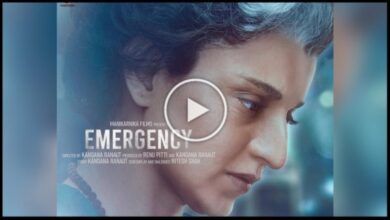