The United Nations report states that the global population is projected to reach eight billion on November 15, 2022 and India will be the most populous country by 2023

The report said that the global population is growing at the slowest rate since 1950, falling to less than one percent in 2020.

The latest United Nation’s projections suggest that the world’s population could grow to around 8.5 billion in 2030 and 9.7 billion in 2050.

This year’s World Population Day (July 11) is a milestone year as we look forward to Earth’s eight billionth birth.

“This is an opportunity to celebrate our diversity, recognize our common humanity and marvel at the progress in health, which has extended lifespans as well as reduced maternal and child mortality.”

“At the same time, it is a reminder of our shared responsibility to care for our planet and a moment to reflect on where we still fall short of our commitments to each other,” he added.

India will overtake China in 2023

The report said that “India is projected to overtake China as the world most populous country during 2023.”

China and India account for the largest populations in these regions, with over 1.4 billion in 2022.

More than half of the projected growth in global population by 2050 will be concentrated in just eight countries of the Democratic Republic of the Congo, Egypt, Ethiopia, India, Nigeria, Pakistan, the Philippines and Tanzania, PTI reported.

“The population growth rate in the world’s largest countries will change their ranking by size: for example, India is projected to overtake China as the world’s most populous country in 2023,” the report said.” 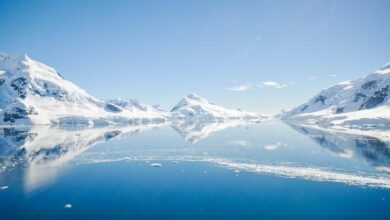