The pilot was forced to make an Emergency plane landing on highway by dodging traffic and power lines after an engine failure occurred on Sunday morning.

According to reports, Vincent Fraser was flying over Swain County with his father-in-law when the engine of his plane started failing.

He said, “I started going through my checklist and I was able to take off a little more when I restarted the plane, but it only took off for about 3 to 5 seconds, and then it went back down. used to come and fall again”.

The report said that as the plane went down and down, Fraser looked for a place to land and luckily, he saw a road where he could land the plane.

Fraser lowered the plane’s altitude while saving power lines and vehicles on the highway.

The emergency landing was captured from the cockpit to his GoPro camera.

Footage of the incident was shared on social media by the Swain County Sheriff’s Office.

The video has garnered over half a million views since it was posted two days ago. Fortunately for the passengers, there were no casualties in the incident.

“There were a lot of things that could have been disastrous but that didn’t happen,” Sheriff Curtis Cochran said. 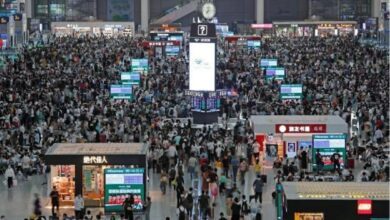